Hemel Members have great start to the season in club nationals

All pictures at https://plus.google.com/photos/108043888609027096401/albums/6007238032003937521?banner=pwa Many Hemel members competed in the ERSA Schools Championships held at the Vikings. Another sterling ERSA performance saw the 287 entries have 2 runs, prize giving for all age groups, male and female, team event in all age groups, best team overall, best school, best female and male and still finish by 1500h. This event has once again proved very popular with 287 entries. The U10/U12 stubby course and the U14+ full pole course was set by the Vikings Coach, Foo Troung. The morning started with the U10/12 running through the stubbies. Rather than pen all the Hemel Racers taking part representing their schools the results are at http://ersa.co.uk/2014_races

The Telford CN and the Manchester CN events were both held in the fridge at Manchester (Chill Factore), The Telford CN course had 15 gates, the female course set Matt Martin and the Male first run course set by Lee Cosham, the second run being set again by Matt Martin, again 15 gates.. A low entry of 166 Male and Female. As will be for all Indoor CN races the awards are given for the aggregate of the two runs but each run is seeded separately, however it must be remembered that seedpoints can not be counted from the same venue so even if two very good results only the best will count for seedpoints. We had no U10/12. In the female even Charlotte TAPSELL was placed 5th in the U14, 13th overall. Ali WANG was 1st Masters and 17th overall. The Male event saw our own trainer Matt THOMPSON finish top of the podium in 1st place, well done Matt. Robert TREBILCOCK was 2nd SEN to Matt and 4th overall 0.50s behind the winner. Thomas GRANT was 6th overall and 3rd in the U21 group, New member Finley DAVIES was placed 3rd U16, 12 overall. Toby CASE, who ruled supreme in the U12 last season has moved up to the bigger boys league, in the U14 he was placed 3rd and 24th overall. Patrick CALDWELL was 26th and MAS racer John NORRIS 35th. Charley HUMPHREYS was 50th and Matt WANG 54th. The following day saw a second race at Manchester, the Manchester Ski Race CN event. Carl Ryding and Colin Tee set all the courses between them, they all consisted of 15 gates. A slightly better turnout with just over 120 entries. In the female event Anna CALDWELL was 15th very closely followed by Charlotte TAPSELL in 16th. Ali WANG was again the only female MAS who braved the event and completed the event in 1st place. In the male event Matt THOMPSON continued the good form and was placed 1st in the SEN group and 1st overall. Thomas GRANT moved up from yesterdays event and was 4th overall, he finished 3rd again in he U21;s. Finley DAVIES was 2nd in the U16 and 8th overall. Patrick CALDWELL was 30th and John NORRIS 32nd overall, 2nd MAS followed by Matt WANG in 3rd MAS place. 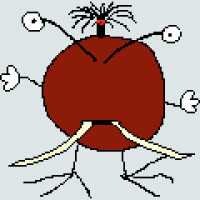 Permanent link to this article: http://www.hemelskiraceclub.co.uk/index.php/ersa-schools/

Training tomorrow evening eight spaces left and then the session will close. Book now do not be disappointed.

If wishing to train tomorrow it is advised to book ASAP as the session will close when at capacity which will be before 20:00 hours

Training will close shortly, if wishing to attend tomorrow book now, don’t be disappointed and miss out.

“Mike’s kindness and humility coupled with his great energy and enthusiasm and extensive knowledge and experience of our sport enabled him to make an invaluable contribution to Snowsport England. He will be sorely missed by us all. Our thoughts are with Annie, Hannah and family.”

HSRC Training Monday 13 January - https://mailchi.mp/8369d5792caf/hsrc-training-monday-13-januaryBook training for this coming Monday, don't miss out. Session will close when at capacity.

Well done to you all and safe trip home !

English Alpine Champs closing date: There is just one month to go until the… https://goo.gl/fb/2eCgc8 #teamhsrc

Beginners area for now but it’s a start!

Great to see both racers and parents out in Europe & Scotland and Snozone in the snow !

Send us your photos and videos to postbox@skimkraceteam.co.uk and we will try to share

Thank you for bringing your experience and talent back to coach our younger aspiring racers.

Thanks to all who coached, officiated, volunteered, raced, ski prep'd, drove, supported, cheered on and to @Snozone_UK MK staff

If you renew too late then you may not get the seed points you expect.

Now its the end of the Summer Racing Season the ERSA Committee will be meeting to review 2019 and plan 2020.

Any comments on the 2019 Year and we are always open to discuss suggestions on how to improve 2020.

Send your comments to chair@ersa.co.uk