This was Marie’s first Alpine season, being based at Les Houches training and schooling with the British Ski Academy (BSA) from late December 2012, with just one short week back home during the UK half term, then back to France until returning home on the 6th of April, having just completed five days of racing in the British Championships, U16 category. Marie was one of a few racers that were listed as skiing for their particular home based clubs during this winters season, in Marie’s case Hemel (HEM).

Marie headed off to Bormio with the BSA team in February for the English Championships, I was lucky enough to go there and watch Marie in the whole weeks competitions. Having never been there before I must admit that I could not believe the scale of the Super G course that these young skiers would be racing down. No less than a large part of the World Cup/Championship course being used!

This was Marie’s first EVER Super G and she showed me just how much her ability, technique and not least bravery (compared to when she first arrived those short few weeks ago in France) had come on in leaps and bounds. Marie completed her run in a time of 1.01.28, and in position 31 out of 43 starters.

Over the next few days Marie competed in both the GS and SL races, coming 13th out of 21 starter in the GS race. Unfortunately Marie missed a gate on her second slalom run and as such didn’t post a position, but, as quite a few of the more experienced racers know too well, this can and does happen.

The Aiglon College Cup competitions were held on the 14th and 15th of March at Villars-Gryon, Switzerland.

With her initial ‘nervous’ and inexperienced start to training on slalom courses set on gradients far steeper and demanding than she’d tried before, with the coaching her ability steadily improved.

On the 14th of March Marie telephoned me, she was over joyed, her call went some thing like, “Guess what granddad? I’ve came third in my Giant Slalom race!” Suffice to say that I, my wife, Marie’s Mum, uncle and aunt were all very pleased and happy for her, as any parent, grand parent etc. would be.

The following day it was the Slalom race and again Marie achieved a third place podium. Well done Marie, we are all so proud. 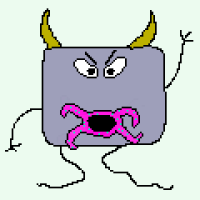 Permanent link to this article: http://www.hemelskiraceclub.co.uk/index.php/marie-curtis-at-bormio-aiglon-college-cup-2013/