On Saturday the Norfolk Club National was held in a very sunny and warm Norwich. An excellent course was set by Norfolk racer, Nia Jenkins. She set a course comprising of 17 gates, a lot foe the CN but was appropriate for the standard. Challenged the more experienced racers but not to difficult for the novices. 120 competitors took place in a slickly run race, well organised and controlled. The Under 12’s raced through the 17 gate stubby course. Three runs with the best run only to count for awards. In the Girls event Emma TRUST was placed 2nd whereas in the boys, Alfie TURNER and Oscar LOUTH were placed 9th and 14th respectively.

The poles were then set for the main event, the girls/ladies event saw Charlotte TAPSELL finishing 3rd in the U14 group, eventually placed 14th overall. Very closely behind her was Isobel TREW in 14th position. Eleanor Trew had two good runs but dns Run 3 as she was injured.

The boys/mens event followed with some very tight racing at the top end. Toby CASE was the highest placed Hemel racer finishing in 3rd place in the U14 group, 22nd overall. Alex TRUST was placed 48th and 13th in the U16’s. Harry Boty, lying in the top 20 after Runs 1 and 2 dnf Run 3.

On an even hotter, more sunny day in the bowl at Ipswich was held the Vikings Club National. A very good turn out of 150+ racers. New course setter Foo Troung, set a less technical flowing course than Norfolk with only 14 gates on the long Ipswich slope. As well as setting a good course Foo also runs one of the best Chinese Restaurants in Ipswich, very popular and well worth a visit.

Many of those that competed on Saturday made the short journey to Ipswich. Oscar LOUTH finished 6th in the U10 group and Emma TRUST 4th in the U12 girls.

The girls/ladies event saw Charlotte TAPSELL climb up one position from Norfolk and finish 2nd in the U14’s, 10th overall. Isobel TREW was 5th in the U16 finishing overall in 17th position. Her sister Eleanor TREW recovering from injury finished in 23rd position. Lucia DAVIGHI was 38th. In the boys/men Harry BOTY was 6th in the U18’s and Toby CASE continued his form finishing in 3rd position in the U14’s.Alex TRUST was 55th.

The other race taking place this weekend was GBR 3 on the indoor snow at Manchester. A number of our experienced racers made the trip. We had no U12 taking place. The results were based on 2 runs with both to count. Courses were set by local trainers, Richard Dawe and Carl Ryding. Richard set a straight course with 15 gates whereas Carl’s was much more turney and technical with 18 gates and 17 turns. In the girls/ladies event Anna HENDERSON finished in top place by just 0.01 seconds from Norfolk racer and course setter of the day before, Nia Jenkins. Danielle HAWKINS was 5th in the U14’s Unfortunately her sisters, Lily and Zara dnf/dsq so were not placed. Alison WANG finished 2nd MAS.

In the boys/mens event Hemel took 4 out of the top 5 places. 1st Georgie HUNT, 3rd Robert TREBILCOCK, 4th Finley DAVIES and 5th Josh KEANE. All of them were first in their age groups. John NORRIS was placed 4th in the MAS group, 23rd overall. Matt WANG was 6th in MAS. Dominic BARTON finished in 35th position overall and 9th in the U14’s. 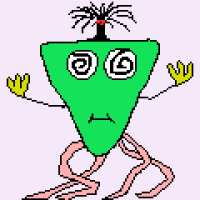 Permanent link to this article: http://www.hemelskiraceclub.co.uk/index.php/races-21-23-june-norfolk-and-vikings-cn-gbr-3/